Interview with the creator of iDashboard 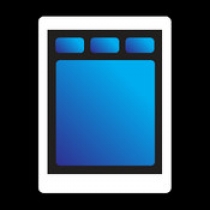 The following interview was with Dave Gruen, SVP at Bolderimage.

BolderImage (http://www.bolderimage.com/) is a mobile and web development company.  We’ve been developing software for 25 years starting out with high-end digital imaging software in MS DOS.  We’ve always tried to stay with the latest and greatest technology (and play with the latest gadgets).  We’ve evolved over that time, and we’ll continue to evolve.  We always try to provide cutting edge solutions to our clients to help them stand out.

We’ve been doing web development for many years and it just seemed like this was the next step.  As people consume more and more information on their mobile devices, it seemed like that was the place to put your message – literally at people’s fingertips.

3) What was the thought process behind creating iDashboard?  Was there a void that you thought this app could fill?

I work on my computer almost all day and I have my iPad docked right next to me playing music in the background.  Don’t tell the CEO, but from time to time I want to see what’s on Facebook or Twitter.  Or see what’s in the news.  Instead of having to go to one app on my iPad to check Facebook or another to check Twitter, etc. I wanted a place where I could just glance over at my iPad and in an instant see if there was anything urgent or exciting that I should look at.

4) What makes your iDashboard app stand out from similar apps?

I believe it’s pretty easy to use.  It’s well organized so visually you can see all your feeds and information at a glance.  It’s a lot more than nice RSS reader – we’ve got a ton of other features, but all aggregated together into one nice screen.

5) How did you decide on which features to include in this app like RSS feed, social media feeds and more?

We built an app that we would buy.  The app actually started as a recreational project to just build something that I could use on a daily basis, but as I showed other people, they got excited by it and thought it would be useful.  From there, we continued to brainstorm to make it an app we all would buy.

6) Who is the target audience for your app and why?

Anyone really.  It’s mostly designed for someone that can put their device somewhere it can be charged and then do other things.  It’s great for music lovers because you can play all your music without having to leave the app.  It’s also great for news junkies and social media addicts.

7) Are there any significant differences in using iDashboard on the iPhone versus the iPad?

With the iPad you have a lot more room on the screen so you can see a lot more information at one time.  The app started as an iPad only app, but then expanded to support the iPhone.  The iPhone 5 is nicer because you get just a tad more real estate on the screen.

8) Are there any new features that you plan on adding to iDashboard in the near future?

Yeah, we have a good feature list from UI updates to additional music services to more social media feeds to more sharing functionality.  We’ve got a new forum at: http://www.idashboardapp.com/ where I monitor feature requests.

9) What's some of the general feedback you have received from users and can you tell us about your commitment to incorporating user feedback?

I have 21+ years experience here doing product development.  The only way a product gets better and better is by listening to the people that use your products on a regular basis.  If you try to develop an app in a vacuum, you’ll miss a lot of opportunity.  I monitor the forum for feature requests and we’re currently working on a new version with some of the feedback we’ve receive from users.

Some of the requests we’ve received lately revolve around other music services, so we’re looking into that now.

It has to be the Marvel Comics app.  Marvel has a great grasp on what can be done with mobile apps.  From their comics app to their AR app and some of the other apps they’ve released, they’ve done a great job mobilizing their content.