Interview with the developers of This Is Not A Ball Game 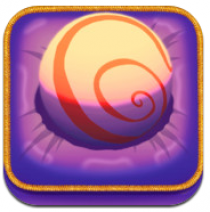 The following is an interview with the developers of This Is Not A Ball Game.

Absurd Interactive, Inc. is an independent game development studio we started in July of 2011. We’re a team of three people, Willie Wight, Salim El Harizi, and myself. I’m the President, Executive Producer, and co-programmer. Willie is the Creative Director, Vice President, and co-programmer as well. Salim is our highly skilled Art Director. We began pre-production on our first game back in May of 2011, and have been working on it all the way up to the present.

When we started the company, we wanted to develop something fresh and new, and publish on a platform with a low financial barrier to entry. After further developing our idea of a “ball game,” we realized the mobile and touch interfaces of the iPad/iPhone met all of our criteria.

3) What were some of the challenges that you faced in the "2 years" of developing this app?

Like most indie studios, finances were at the forefront of many of our issues. Some of those challenges were not knowing if we’d be able to pay the bills, living hand to mouth, and going sometimes weeks without paying ourselves a salary. Luckily for us, we had the emotional support from our families and significant others. I’ll now make a shout out to Mariel, May, Mihwa, and our families. :)

In terms of creative development, challenges arose out of continually evolving the design while also coming to grips with the iOS platform. We often found that our game wasn’t fun enough, and kept adding more and more gameplay mechanics to enhance the ‘fun factor’. That includes adding more balls to play with, designing more levels, and creating new puzzle elements within each level.

We also evolved the setting, art style, and personality of the game from a simple arcade Pachinko-looking game to a fully-realized world with character and lots of visual flourishes.

Tailoring our game to the iOS platform took quite a bit of effort as well. We wanted everyone to play our game, so we had to set up our app to Universal so it worked flawlessly on all iOS devices (which took quite a bit of work). After setting that up we realized we wanted our save data to be everywhere, so we had to add iCloud support. Early on, we also knew we wanted to have GameCenter as a big part of our game and implemented Leaderboards plus about 65 separate achievements. Due to Apple’s turnaround with new devices every year, we had to update the device support concurrently with development.

Using all of the great features in the iOS platform was crucial but ended up taking a lot time and effort. We really wanted our game to be focused on tilt and touch input, and we think we achieved something special with our game.

4) How did you come up with the app name "This Is Not A Ball Game"?

Originally we had a rough, barely-playable prototype that lacked any identity or personality. During most of the first year, all we had was a placeholder name for the prototype. We came up with generic-sounding names like “Fysax” or “Ball-istic”, but realistically we knew those were just production names. As the aesthetic and setting of our game took inspiration from the art realm, we realized we needed to derive our game’s title from the same pool. So we began thinking of basing the game’s overall style in the Art Nouveau school. Finally, Willie suggested Rene Magritte’s painting “This is not a pipe.” aka “The Treachery of Images.” The painting itself was very iconic, and though it was a surreal painting, we felt it complemented the game. The virtual world we built was a hodge-podge of various images after all.

Salim brought the name to its next eventual conclusion, by blurting out “This is not a ball game.” The three of us immediately agreed the name fit the game. We also loved the fact that it commented on the medium itself. The game we made is not an actual, real-life ball game. It is a virtual representation of a ball game. That’s exactly what Magritte was commenting on in his painting.

5) What's the thought process behind offering a free version with in-app purchases?

We did not want to limit our audience. We dedicated two years of our lives to creating this game, and we wanted as many people as possible to experience it. By removing any and all barriers, we’re able to open up the game to everyone with an iOS device, and hopefully, let each player feel like they’re part of the magical world we created.

6) How does "This Is Not A Ball Game" stand out from similar apps?

The atmosphere is what really differentiates our game from any other apps. We have an interesting, ambiguous genie whose motives aren’t exactly clear. She guides you through a series of puzzles that tell a story. The setting is significant in making our game standout as well; it’s a character in itself.

Also, the amount of content we’ve fit into the game really outshines most games in the physics genre. We have numerous physics mechanics  -- magnets with their own gravitational influence, phonographs that play and layer their music on top of one another, cannons that shoot balls in different directions – that can’t be found anywhere else.

7) Why did you choose early 20th century Paris as the backdrop for this game?

We wanted a setting that felt timeless, that didn’t necessarily exist -- yet in people’s nostalgic memories it somehow did. Nostalgia is actually a big theme in our game. It influences much of the storyline, like restoring color to the world. We plan to further explore some of those themes (like the genie’s omnipotent presence) with additional level packs which will be delivered as free updates.

The backdrop of Paris evolved organically. For the first release, we went with the circus as a core theme. Since the Art Nouveau movement was a natural fit for Paris, we based a lot of the UI and visual design on it. Paris is where the Lost Generation found its home, so we thought that was good an environment as any to choose as the game’s setting.

8) What's some of the general feedback you have received from users?

Overall, our game was well-received by users. None of the negative feedback has been about the fun factor, gameplay, graphics, or setting. Players who are able to get past the technical hurdles have found a game of fun and excitement in an atmosphere unlike any other. The negative feedback has all been very fair, and focused on mistakes we made on the technical side due to being inexperienced with the App Store. This is our first game after all, and we’re still going through growing pains.

Our biggest mistake with version 1.0.00 was having a download file size that was inexcusable for an app on the App Store. At 719 MB it’s hard for people to download and it takes up quite a bit of room on their iPhone, iPad, or iPod Touch – even if it means that the game includes a lot of free content and a beautiful 3D world. We’ve compressed, edited, removed, and optimized every last bit to get the download size down as much as possible. The 1.1.00 update should now be about 173 MB on the App Store when it goes live soon.

By compressing everything in our game, we’ve also lessened the memory it requires to run, which should fix many of the startup crashes users were having when playing on low-spec iOS devices.

Another mistake, which is a deadly gaming sin, was that we had unskippable videos. Though you can skip by pinching the screen, that isn’t obvious by any means. We’ve changed the skip toggle to a more obvious “tap to skip,” and we’ve added subtitles to all videos reminding users that tap to skip is now available.

Finally, our freemium model has been modified to be more user-friendly. As this is our first app, and we are only a three-man team, we could only do so much research ahead of time before release. Now that it has been available for a while we have a better understanding of what does and does not work. For example, we’ve made all the balls on the shop drastically more affordable with in-game currency. We’ve also made it immensely easier to earn in-game currency for free by completing levels and achievements.

Many of the criticisms and negative feedback we’ve received so far have been addressed in the next update, which should be available once it’s approved by Apple.

9) Can you share with us some details about the new levels you are working on?

In the immediate future, new level packs will each be focused on a particular ball. Our next level pack content update will have 10-20 levels that are highly focused around using the Bouncy Ball to complete the level, for example. The design focus will be on that particular ball’s abilities and weaknesses. That’s not to say you can’t beat the levels with the other balls, but our design focus will be on the Bouncy Ball. We think part of the fun is coming up with a non-obvious way to use different balls to beat a level. 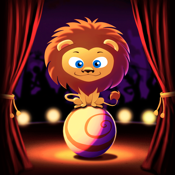 This Is Not A Ball Game.
Free
iPhone / iPad 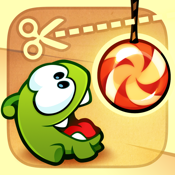 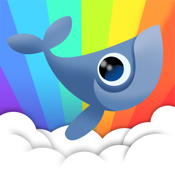 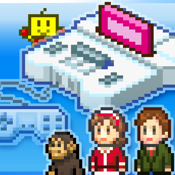