Nowadays, we live in times when a human can not live without a smartphone. Aside from using it for communication and watching movies, smartphones can replace ordinary items such as calculators, FM radios, and more.

However, smartphones and installed apps on them can replace not only old gadgets. Even modern devices that were released only a decade ago are being replaced by applications. Let's consider these devices that are usurped by apps from your App Store today. 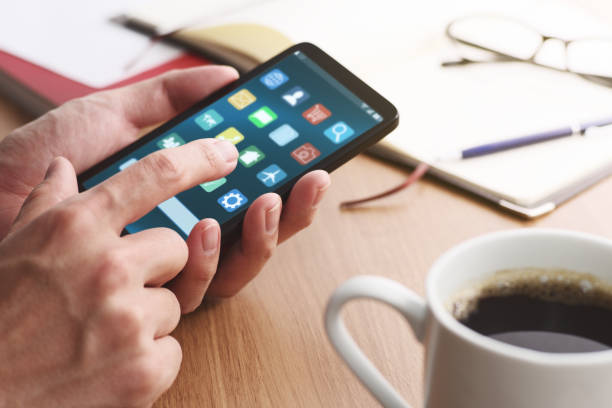 The necessity to scan different types of documents and papers appeared many decades ago. However, scanners became inexpensive and mass devices only in the 2000s. Nowadays, scanner machines can be utilized not just by office workers but also by students and ordinary users.

What's more, is that modern users are able to scan docs without looking for a scanner machine. All they need to have is a smartphone in their hands. From a large number of available options, you have the possibility to select the best scan app according to your needs. The chosen application will utilize the camera of your phone and create a document scan that possesses the professional look of a real scanner.

Previously, noise machines and white noise CDs were popular. However, nowadays a special app can take care of the white noise needs of users. The majority of these applications are free-of-charge. Of course, you can make use of white noise devices. But why should one overpay when a single purpose can be gained by one application?

Physical maps were replaced by helpful GPS devices in due time. However, these devices are being replaced as well by apps on your iPhone or any smartphone. Google Maps and other navigation applications show that users need TomTom or Garmin devices no longer.

Were you among those users who desired to have an iPod touch in their hands? Those who could not afford it had the possibility to select other brands that offered MP3 devices. However, nowadays it would be complicated to find a person who makes use of this device for playing music. An iPod touch is being replaced by various applications such as Google Music, Spotify, and SoundCloud.

Translation devices are not utilized by the majority of users. First, they are expensive and can be handy only in cases when you study a foreign language or communicate with a foreign exchange student at your educational institution. Nevertheless, if you require making use of translation devices, there is no need to rob a bank in order to purchase one. You can replace devices by using apps for translation.

As a rule, heads-up displays are devices utilized in cars. They can display a digital speedometer, GPS navigation, and other types of dashboard information. As soon as these devices started to be incorporated into vehicles, applications with the same function started to be developed. These apps are cheaper than original heads-up displays and the only distinction is that you should place your smartphone on your dashboard in order for the display to be reflected onto your windscreen.

Smart homes and devices started to become popular among clients. There is no doubt that the need to have a central hub to control these gadgets appeared instantly. You can still find smart home hubs for purchase. However, many users decide to make use of a simple app instead of them.

Nowadays, applications that can control your car are not pretty widespread among consumers. However, since the popularity of smart vehicles is growing, one can find these types of applications in the App Store. For example, with a special application, you can control the Tesla Model S without your keys, adjust the climate control of your vehicle, and track the car's battery charge.

Guitar lovers are lucky since there is no need to purchase a guitar tuner anymore. The reason is that guitar tuners are one of the modern devices that are constantly replaced by applications. Thus, you should not waste your money and rather install the necessary application on your device in order to tune your guitar easily.

To the extent that smartphones are becoming more powerful means that users will be able to further replace devices by using apps. If we can observe how today's modern devices are replaced by applications, all we can do is wait and look at how set-top boxes, high-end cameras, etc. will be substituted as well. Thus, you may think about delaying purchasing some of these devices taking into account that your smartphone can replace them in the nearest future.