Everything you need to know about home communication booster

In modern life, it is hard to imagine ourselves without all the advantages of mobile communication and wireless Internet, especially in the countryside. We do not want to lose the opportunity to communicate, and sometimes we need to work (and play, of course). But when trying to explore this issue on the Internet, we are faced with many proposals. For this reason, and use widely 3 mobile home signal booster. In this material, we will try to briefly understand and understand how to provide communication even in hard-to-reach places.

Causes of poor cellular service in the apartment

Problems with the connection arise for the following reasons:

This option is suitable for those who have a lot of Internet users in the house, or the signal from the base station is so bad that even on the street in front of the house there is no way to catch 3G/4G signal.

Before moving on to the other options of amplification, it is important to note that if you find it difficult to measure and configure the equipment, companies that professionally deal with the amplification of cellular signal – for example, Uctel - can help to solve the problem.

Consider the scheme of strengthening mobile Internet with an antenna, modem, and router:

The scheme is very simple, let's describe it step by step:

4G modem is built inside the antenna body, sometimes together with the router. The purpose of such solutions is to avoid losses on the coaxial cable, to increase the cable length from antenna to connection point and to simplify cable installation, as it is more flexible.

The flip side of the coin is that all modems and routers are designed according to their passport to work in temperature conditions from 0 to 40 degrees Celsius. Therefore, these solutions live no more than two years, and in quite a few cases they "die" in the first winter. Also, reliable solutions with built-in 4G routers have recently appeared on the market.

The main problem is to have time to lay cable routes at the construction stage before the finishing works, and in 95% of cases nobody cares about it beforehand. You have to install a system of cell phone amplification in the finishing, lay cables along the facades and ventilation and place hidden antennas.

When calculating the coverage area of the indoor antenna coverage area laid in the order of 100-150 square meters, provided that the neighboring rooms have a doorway. Concrete ceilings are practically not penetrated by the signal, so at least one indoor antenna must be placed on each floor.

According to statistics, during the finishing most often cable from the outside antenna goes down into the boiler room, where the repeater is located. And then the indoor antenna is placed inside the boiler room or on the wall outside to extend the coverage area, as the walls strongly absorb the signal power. In this case, you have to use high-power amplifiers to maximize the coverage area inside the room.

Another popular location for the main equipment is in the attic. The cable to the indoor antennas is routed along the facade – for example, behind the gutters or through the ventilation.

There are cases where it is possible to use coaxial television network cables to connect indoor antennas in rooms where cellular communications need to be strengthened. Although television cables have a different wave impedance, in practice this still gives a positive result.

How to boost the cellular network signal

You do not need special skills to boost the Internet signal with a router – everything is simple enough. In most cases, you do not need to do any frequency measurements, it is enough to know that there is a weak 3G/4G signal somewhere in the street or look at its presence on the coverage map. Another strong recommendation is to hang the antenna as high as possible – it greatly affects the speed of the Internet.

To strengthen voice and Internet with a repeater in the countryside, you need to measure frequencies. Nothing complicated, but you will have to give a little time. Otherwise, you risk getting a negative effect. You should not listen to the sellers of online stores: it is like guessing by coffee grounds. Installing repeaters in the cottage is recommended to trust professionals, or at least ask them to help with the selection of equipment.

How to amplify the cellular signal in the apartment

Amplification is possible thanks to special equipment which receives the signal from the cellular tower, amplifies it repeatedly and distributes it to the subscribers' mobile devices. It does not matter where the house is: near the base station or at a considerable distance.

To improve cellular communication in the apartment, a set of equipment is used, consisting of: 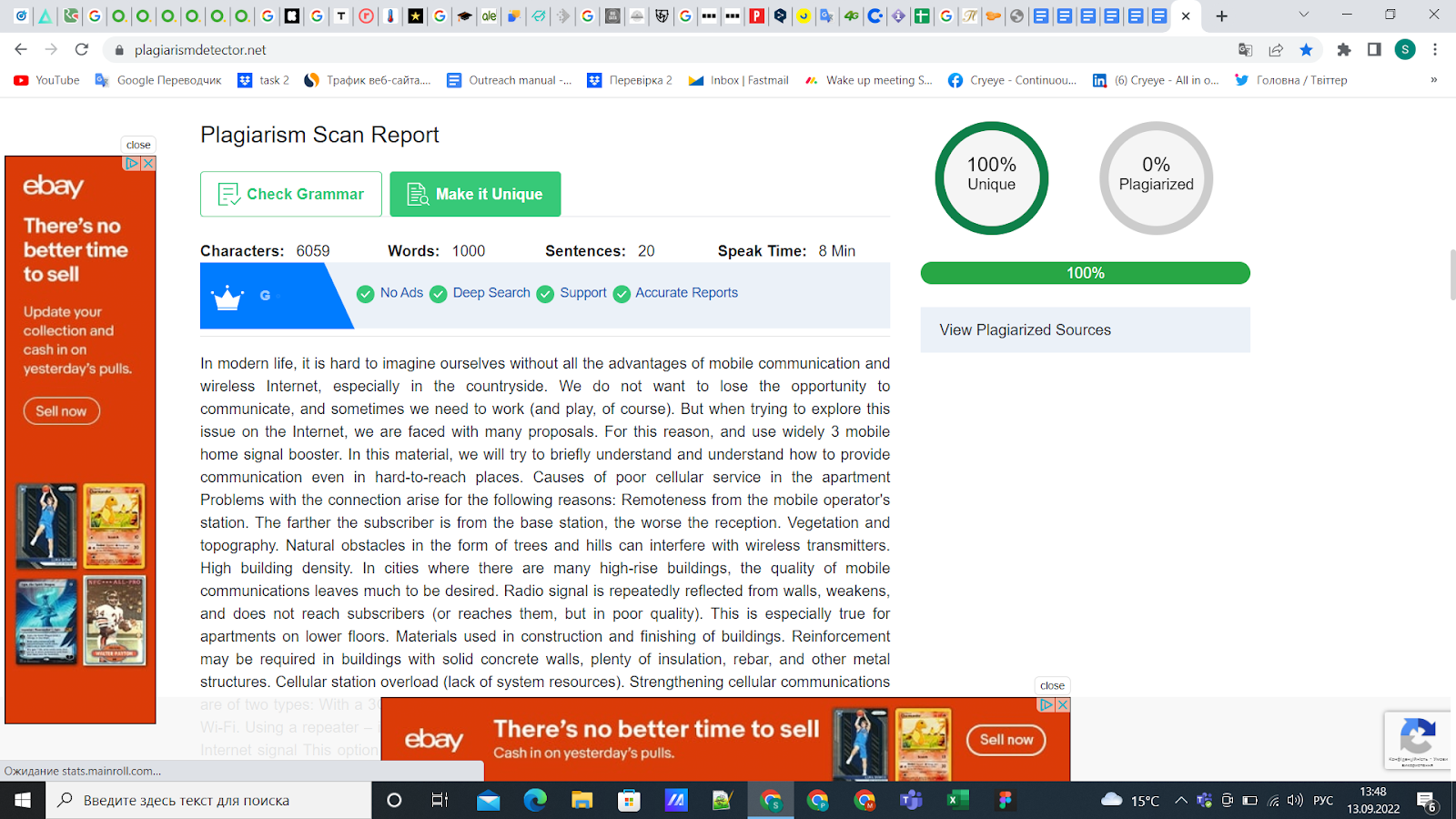