7 Emerging Technologies That Will Change Our World 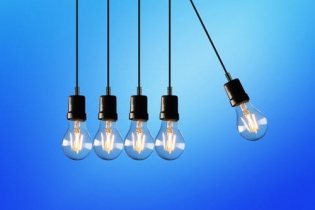 Let’s take a look at seven evolutionary technologies, which could completely change our world. Review made by US Casinos Guide Experts.

Number seven. Current modern-day computers are becoming deadlocked by Moore's law and they will eventually be replaced by a new type of computing technology - quantum computers. They utilize quantum bits, otherwise known as q-bits. These q-bits behave quantumly so they have the ability to use one and zero at the same time, allowing for exponentially faster calculations. However current quantum computing is still in its infancy phase since q-bits are notoriously tricky to manipulate and maintain. So, they're not able to play ‘Crysis’ or even run Windows for that matter. Only time will tell if quantum computers become a part of our everyday lives.

Number six - nanomachines. We have utilized basic forms of nanotechnology with self-cleaning materials and sunblock, which reflects ultraviolet light, but this technology is still in its infancy phase and we have only begun to discover its potential. Imagine a set of nano machines which could destroy cancer cells or have the ability to transform a truck to a sports car. There really is no limit to what nanotechnology can do, but the main problem of nanomachines is that it does bring up a new realm of problems associated with energy and even production. And we also have to consider that nanomachines can be one of the most powerful weapons ever made, which could make it to be one of the most revolutionary, head deadliest technologies at the same time. But to engineering things at a now skill can also lead to new developments in metamaterials. And they are not really machines, but they're more so materials which don't occur naturally. A few examples would include a cloaking device or even a super lens, which gets around the problems associated with wave decay. But the applications of metamaterials are basically endless. Ultimately it will completely change our world. 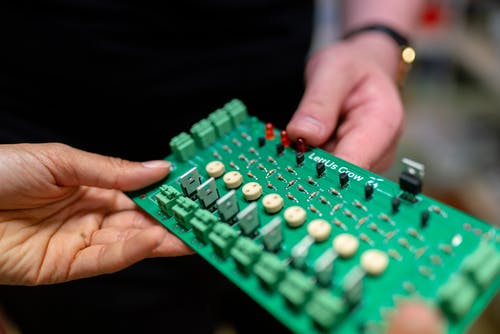 At number five - ultracapacitors. We always hear about a new battery invention every year and it's almost comical at this point, but invented something which supersedes existing battery technology and actually making it practical - well, that's another story. We also have to keep in mind, that batteries have limited lifespans and they have lengthy charging times. That's capacitors can overtake this type of technology, since they can charge within seconds, and even under grow greater temperature variations. But the only problem is that capacitors do not quite carry the same energy density as a battery. So a car running on the equivalent weight of capacitors would not quite get the mileage as you would on batteries. That is quickly changing though and research is being done with graphene and metal carbides to make a better capacitor, which has greater energy density. Combined with getting the cost of capacitors down, then we could ultimately see the capacitor replace the battery. The question is: how long is that really going to take?

Number four - Artificial Intelligence. We’re going to re-emphasize the word limited, because this type of AI system is already in place and it's rapidly changing things. From driving vehicles to performing surveillance it has no doubt proved that it can outperform humans in certain tasks and it has limitless potential. So what about a fully conscious AI and why are we not mentioning that? Well, we don't think it's gonna happen anytime soon. The riddle to consciousness is figuring out how it even works. Is it based on survivability or is it something deeper than that, like a soul? There is no universal agreement on what life even is, so humanity can progress another hundred, even thousand years into the future, and there still may not be an answer to this problem. But at some point, maybe not in our lives, but sometime in the future, it may become very difficult to tell the difference between a human and a laborer AI-system portraying human. 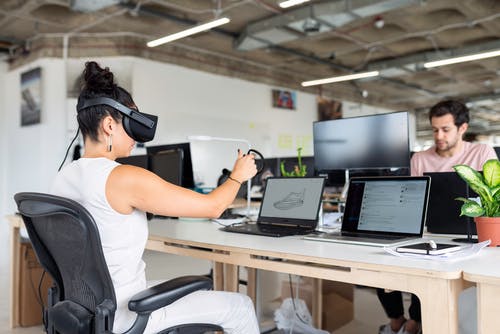 And number three - VR immersion. It's not really that far to think, that we may just end up living in a fantasy world, if we are not already. Total VR immersion would obviously be able to stimulate all five senses and, therefore, we wouldn't be able to tell the difference between real life and the VR worlds. With nearly half the population of poverty, this would be a very powerful incentive to visit VR, but that is only if the technology becomes cost viable to everyone. But if we take a one step further, augmented reality, which superimposes images and information on the real world, may be the key to power. And it might give one person an information advantage over anyone, who does not have access to the technology. Obviously this would create more of a disparity in society and it just shows, once again, that technology can be both a benefit and a detriment to our everyday lives.

At number two - low-temperature superconductors. Superconductors were discovered over a hundred years ago and they have a property of exhibiting zero electrical resistance. They also expelled magnetic fields and as some of you know, we'd like doing experiments on the spirit effect. Ultimately, superconductor will hold one of the most important keys to the future of technology from hover trains to ultra efficient motors and even power lines with zero energy loss, there would be a complete revolution. Now we have experimented with a few things and nothing has been clarified just yet. One of them being metallic hydrogen, but it is also very unlikely to be metastable, it might just be super conductive when it's under extreme pressure. Graphene also could be super conductive, but this is a 2-dimensional layer and it still needs to be cooled down. But having said that, there have been advances in graphene design and production. So it could be the answer to this problem. We'll just have to wait and see that.

Number one - nuclear fusion power. But let's be honest here: we always hear about how fusion power is just around the corner, but this time around, there are some real breakthroughs. There are multiple projects around the world, which are using different approaches to a stable reaction. There's even the lockheed compact fusion reactor project, which is intended to be a mobile 100 megawatt unit. Not much more information has been cleared lately. Massachusetts Institute of Technology has also made the extreme claim, that they will produce stable fusion power, as soon as 2025. But maybe fusion powers not the answer to our energy needs. It might come from an outsider which is pretty much ignored by mainstream science. One example, this is the brilliant light power Suncell reactor. To sum this up it's basically a reaction which forces hydrogen atoms to go to a lower than ground state and exhibit enormous amounts of energy. Now, yes, we know this is technically impossible, but it's kind of neat to see working prototypes actually produce a reaction. Ultimately whether it comes from fusion or some other source it is much needed. And it will help advance our civilization into the future.