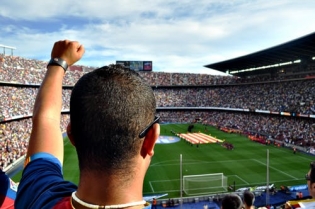 The Premier League returned after more than three months’ suspension on Wednesday when Manchester City blazed to a 3-0 victory over 10-man Arsenal, while Aston Villa and Sheffield United drew 0-0.

Top apps for Android and iOS to bet on Premier League

What are the odds?

Week 30+ continues on Friday with two more fixtures, including a much-anticipated duel between Tottenham Hotspur, managed by Jose Mourinho, and his former employers Manchester United. The Red Devils looked strong after enjoying a five-match unbeaten run in the league (11 in all competitions) prior to play being postponed in March. Ole Gunnar Solskjaer’s could provide the value priced at +145 (2.45) to win at Spurs, who are slim +190 (2.90) underdogs at home for FoxBet New Jersey customers.

Spurs will be significantly boosted by the return of a certain star striker in Harry Kane, and the smart pick could be for United to win and both teams to score at +325 (4.25).

Leaders Liverpool won’t resume their season until Sunday when they travel to Goodison Park for what will be an eerie Merseyside derby behind closed doors. Jurgen Klopp’s men are motivated to win the club’s first top-flight title in 30 years and need two more wins from their remaining nine games to do so, listed at short odds of -167 (1.60) to triumph in their first match back.

Carlo Ancelotti’s hosts could appeal at +450 (5.50) to stun the Reds, though the Toffees lose a major asset in having no fans on hand to rouse the ‘home’ outfit.

Third-place Leicester City and European hopefuls Wolverhampton Wanderers travel to relegation candidates in Watford and West Ham United, respectively, on Saturday and each offer decent odds. The Foxes are listed at +110 (2.10) to take three points at Vicarage Road while Wolves come in at a similar +115 (2.15) to beat the Hammers with FoxBet NJ, both of which could be useful in a parlay.

Kane is fully fit and ready to resume Tottenham’s campaign on Friday after it looked as though a hamstring injury in January would sideline him for much of the remainder of the season. The England international is at boosted odds of +500 (6.00) with most of the NJ bookmakers to hit the ground running against United and score first when they welcome the Red Devils to north London.

Marcus Rashford isn’t as certain to start in United’s first game back following his recovery from a double-stress back fracture suffered in January, but he too is +500 (6.00) to break the deadlock. Kane and Rashford each had four goals in their last six league outings prior to injury, though the latter was enjoying a much hotter streak with 11 finishes in his last 14 top-flight appearances.