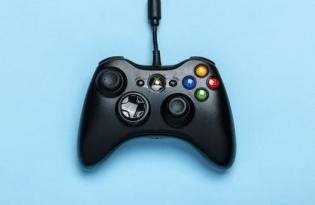 After rumours and speculations about this event, ESA has officially cancelled E3 2020. It was scheduled for June 9th to 11th in Los Angeles but has been cancelled due to concerns about the COVID-19 pandemic. This expo usually brings together the top video game companies, gaming experts, analysts, entrepreneurs, and many others for an exhilarating 3-day showcasing of the latest advancements in the video game industry, such as roaring forties slot.

ESA made a statement confirming this cancellation due to the Coronavirus. This move was imminent following the monstrosity that the virus has caused so far. Being a global event, E3 would be a risky affair for the attendees since it would increase the probability of getting exposed to the virus. The COVID-19 virus has also led to the cancellation of other events and popular sports leagues such as the NBA, the English Premier League, and more.

As a result of the cancellation, companies such as Xbox, Limited Run Games, and Ubisoft have stated plans to host digital events to showcase their products. E3 has been an excellent platform for big announcements and marketing of video games. Notably, this is the first time that the event will skip a year. Its cancellation will definitely lead to various events by the top software developers. Meanwhile, the E3 2021 is still on as planned, so gamers have this one to look forward to, although they will have to wait a bit longer.

The ESA, in its statement, promised to bring a reinvented event that will focus on the video game industry. It seems like the event will have to take a new approach due to the reduced support it has been getting from big players in the industry. Electronic Arts no longer participate in these events, and PlayStation missed 2019 and was to miss the 2020 event. The event may decide to become an online event, but this could be a big loss to gamers.

The Recent Rise of the Use of Xbox Live

The consequences of the COVID-19 virus outbreak are predominantly negative but not for Xbox Live. Many people are using this online gaming service because they are forced to stay indoors to avoid getting exposed to the virus. Phil Spencer, the Xbox boss, confirmed this and thanked his online team for their diligence. 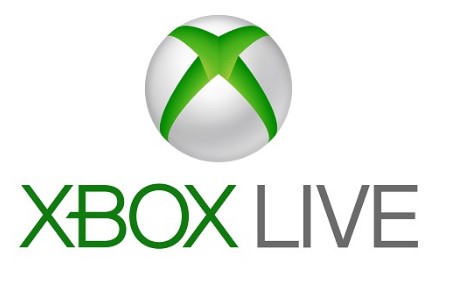 Xbox Live went down recently due to the increased traffic, and this displays the influx it is experiencing. These online games serve an excellent purpose during this pandemic. They are a great source of interactive entertainment that enables people to have fun while social distancing. Gaming tournaments such as Overwatch League have been cancelled due to the virus forcing people to seek online alternatives. The same is evident in other online sectors such as online gambling. Even though the popularity of online gaming has experienced rapid growth over recent times, this pandemic has certainly fuelled its growth further. People are avoiding crowded land-based casinos and opting to play their favourite games online. Other video gaming platforms like Nintendo Switch Online and Playstation Network are also reportedly experiencing the same increase in traffic.

Activision Blizzard has confirmed that its tournaments will be held online as opposed to the physical format. The new format will enable gamers to play the tournament online while the fans will follow the proceedings on YouTube. These developments are a result of the pandemic that has forced the cancellation of public events due to the risk of exposure. The Call of Duty League usually attracts large crowds in different cities in Europe and the US. The developers are still working out the safety and logistics of the tournaments before rolling it out. The dates of these events are yet to be confirmed. The people behind the Call of Duty League still believe that they can deliver an amazing tournament online. They will only need to make a few adjustments, and then everything will be set.

Call of Duty: Warzone Gets to the 15 Million Mark

Call of Duty: Warzone, which is available on PC, Xbox One, and PlayStation 4, has now garnered 15 million players worldwide. This milestone happened on the 14th of March, and its popularity is still growing. This rapid influx of users is attributed to the overall popularity of the Call of Duty sequel and its availability at no cost. Everyone loves a beautiful experience at zero costs, and this is what this game is offering.

This version has new areas like the Scrapyard and Broadcast, among others. It delivers a new experience to the lovers of battle games. The game has two modes:

The 15 million mark does not come as a surprise since it hit the six million players mark on its debut day. We will see whether the game continues with the same trajectory in the near future.

The Resident Evil Remake Demo Will Soon Be out

Capcom will soon release a demo of Resident Evil Remake to give gamers a glimpse of the gameplay. What the demo will feature still remains unclear, but it is confirmed that the demo will be out on the 20th of March. It is also uncertain whether the demo will be available on one platform or across PlayStation 4, Xbox One, and PC. Apart from the apparent release of the demo version, no other information has been provided by the owners. The full game version is set to be released in April. Gamers can only sit back and wait for the release of the demo and eventually the full game.

These are the top stories in the video gaming industry. You can keep checking for more updates on these and many more.