Which Programming Language is Best for App Development? 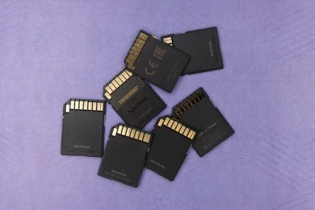 We are living in a smartphone era. The world population is 7.8 billion, which includes infants, adults, and senior citizens. Out of all these people, 3.5 billion people use a smartphone.

A smartphone user spends an average of 3 hours or their phone daily.

An average smartphone user installs and uses more than 40 apps on their phone.

All these statistics prove how important mobile apps are. Nowadays, there are mobile apps for almost everything we do. Every day new apps are developed to support innovative ideas.

Different programming languages are used to develop different types of mobile apps. Because of this, it is crucial to determine the kind of app it is.

Here are the programming languages used by developers to develop native android apps.

The android platform was established in the year 2008. Since then, Java has been an ideal choice to develop android apps. One can say that it is the default language to build android apps. It was designed in the year 1995. It is one of the most popular programming languages as per developers. Moreover, it is the most searched and used language in 2020. This language runs on multiple platforms. It is object-oriented. Also, it is effortless to learn and use. With Java, you can access various open-source libraries. You can enjoy extensive support from the android community while using Java. If you want to develop a native android app, you can use Java.

Kotlin was developed after Java. It is another popular programming language used to create android apps. It includes most features that Java lack. Developers use Kotlin along with Java to improve the efficiency of android apps. This language has a precise syntax. Moreover, it follows a simple coding procedure. It is very versatile and interoperable. You can use this language to develop cleaner codes for android apps. Google has officially declared Kotlin as the ideal language for android programming.

Here are the programming languages used by developers to develop native iOS apps.

Like Java was the first language to support android apps, Objective – C was the first language to support iOS apps. This language is object-oriented. Although it is an excellent programming language, there are many criticisms. It has a clunky syntax which makes debugging very difficult. After Swift has been introduced in the market, most of the developers have switched to Swift. This language is easy to use and supports dynamic typing. C and C++ can be used along with it.

Here are the programming languages used by developers to develop cross-platform mobile apps.

React Native is a popular framework that uses JavaScript. And who doesn’t know about JavaScript? It is one of the most popular and fastest-growing programming languages. This language is used to develop cross-platform mobile apps. It is an open-source language. With this language, you can quickly build codes and can reuse them as well.

Xamarin framework is used to develop cross-platform apps. It is free and easy to use. You can use other programming languages to write code with this open-source framework.

It is an object-oriented programming language. You can use it to develop apps for Windows or cross-platform apps. With this language, you can enjoy the features of Java and Swift. It is a simple language that is easy to use. It is mostly used to develop web apps. This language is scalable and safe. You can access to the .NET framework while using C#.

It is called C plus plus. Moreover, it is an object-oriented language. It is an extension of the original language C. Developers who know how to use C can easily use C++. All the features are the same, but this language is more comprehensive. It is a robust language used to develop cross-platform apps. It can also be used to create operating systems. You can use it to develop games, enterprise tools, and computing platforms. This language is extremely fast.

Flutter is a framework that is used to develop cross-platform mobile apps. It uses the Dart programming language. Moreover, it was developed by Google. It is an objective-oriented language. Flutter has innovative features like widgets to build UI.

These are the best programming languages used for native and cross-platform mobile app development.