Despite President Trump’s Huawei Ban, US Will Still Pay China For 5G Technology 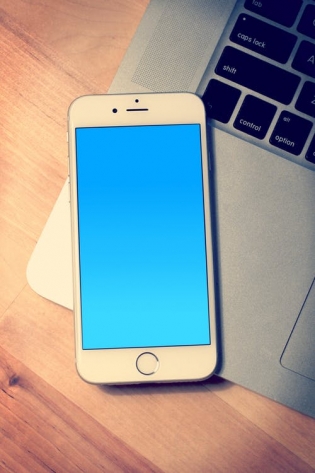 The Trump Administration has been campaigning for world leaders to boycott Huawei’s 5G technology and support “western companies instead”. However, Huawei owns the majority of 5G technology patents, meaning that they will profit from US 5G technology regardless of attempts by President Trump, according to Brad Nakase, an California business lawyer and employment attorney.

Of the 5G technology patents, 80% are owned by just six companies: Huwaei, Samsung, LG, Nokia, Ericsson, and Qualcomm. Qualcomm Inc is the only US company on this list. This will make it difficult for President Trump to tout nationalism and security threats as the main reason behind his ban on Huawei as there are few viable alternatives. Along with this boycott, the Trump administration has created salvos such as banning the sale of US-made silicon to Huawei. The silicon is important in the manufacturing of chips, meaning the Chinese company is left scrambling for alternatives with only a 12-month stockpile.

However, the Trump administration has overlooked all of Huawei’s skin in the game, no matter what company they choose for the nation’s 5G network, Huawei will still get a share of US money for their intellectual contribution. They hold the patent for the required technology and will receive a share of the profits.

There have been some positives in Trump’s war against this Chinese company, Semiconductor Manufacturing Co, is planning to move some of their manufacturing to Arizona. This is the company which produces most of the chips for Apple and Huawei, allowing the US to profit from technology. Theorists have said they believe this is a move to avoid being caught up in any foreign company security concerns.

Global patent wars have been happening for years, and there has been a struggle to define fair terms and the distribution of royalties. Tech companies meet to try and establish the fair standards and figure out a way to license patents on “fair, reasonable, and non-discriminatory” terms.

Around 6,400 inventions are declared in their patents essential to 5G technology. A GreyB and Amplified study looked at the patent wording compared to the standard and found that 1,658 patents were actually core to 5G. However, it is up to negotiators and the courts whether the patents are essential to 5G and how much they are worth. During the study, all companies had padded their patent submissions to increase their royalties and their ability to enforce their rights.

Professor Jorge Contreras from the University of Utah said that companies over-declare to a similar level, so blanket reducing shares by 75% will create the same ranking. In a dispute with Verizon Communications, Huawei said that they collected $1.4 billion from licensing revenue, and paid out $6 billion in licensing revenue to other companies.

The GreyB and Amplified Study was intended to give more clarity surrounding the discussion and decisions of patent and licensing. The goal was to show how connected global technology companies are. This helps to illustrate the fact that until the US technology sector receives more funding and contributes more, the government cannot truly boycott companies. At the moment, a share of the money the government is spending on new technology will go to the owners of intellectual rights.

Secretary of State, Michael Pompeo, said that it would be better for European countries to use Western technologies. No mention was made of plans to increase funding to US technology so that we can compete on a global scale. With the sheer number of patents already out for 5G technology, the US needs to focus its energy on ensuring their tech companies can compete for the next big technological advancement.