Best Lotto Apps of 2022 for Australians 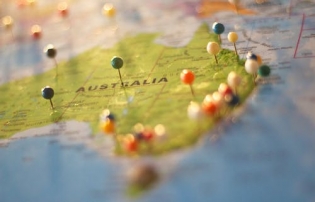 There’s no doubting that using the best lotto app is a smart idea for those that choose to play lottery online. It makes sense to pick the option that offers a highly secure and feature-rich app that’s easy to use for beginners and seasoned players alike. For Australians, due to stringent government regulations, there is a limited choice of lottery apps available. This means that there is fierce competition to bring players the best mobile app experience. With that in mind, we bring you a selection of Australian lottery apps that showcase the dos and don’ts of lotto app development. Please note that Google’s policies don’t allow lottery apps on the Play Store in Australia, so they must be downloaded directly from the providers’ websites. The App Store, however, does allow lottery apps, so iOS users will find it slightly easier to install them.

Leading the pack is the official app from The Lottery Office. We found this free app to be intuitive, clean, responsive and user friendly. It seems to contain all of the same features found on The Lottery Office website, such as lottery syndicates, lottery combos, lottery results and an extensive collection of FAQs. It also offers users the choice to securely login with a PIN, which we much prefer to entering annoying email addresses and passwords. The process of signing up and playing from the app were very clear and straight forward, and show how a simple and visually appealing design can really improve the UX. The developers of this app could teach the developers of some other lottery apps a thing or two. The users seem to agree; the app has a 4.8 rating on the App Store. It appears to be well maintained, with regular updates since its launch in March 2020. It suffers a little from the absence of PayPal as a payment option, but overall we were very impressed with this app.

The iOS version can be downloaded from the App Store and the Android version is available from The Lottery Office website. It was always going to be hard to be the next app reviewed after The Lottery Office set the bar so high. The Netlotto app is only available on iOS so straight away it’s behind the 8 ball, although it does offer PayPal, so it does have that over The Lottery Office. This app is very buggy and some screens are so cluttered and hard to make sense of that we wonder why it was launched, as it doesn’t seem finished. It doesn’t appear to be a native app, rather it seems to be a mobile version of the Netlotto website. We wonder if it may have been abandoned by its developers, because it hasn’t been updated on the App Store since May 2019. At least it’s free; as strange as it sounds there are a lot of paid lottery apps out there.

The iOS version can be downloaded from the App Store, and there is no Android version.

The Keno app, although not available to residents of all Australian states, is responsive and visually impressive. It’s very polished, but the UX is quite clunky and it’s not obvious as to what exactly the user should do. With a very limited selection of FAQs to point users in the right direction, it seems to rely on users having a thorough knowledge of the product and the app. Casual players wanting a quick game of Keno may struggle with this app. We do love some features, like the ‘hot’ and ‘cold’ numbers, which may help some users select which numbers to play. Some believe these can indicate which numbers are more likely to be drawn next. Although the stats don’t really support this idea, some players love features like this. This app has great potential, it just needs to be a bit more intuitive to better cater to beginners.

The iOS version can be downloaded from the App Store and the Android version is available from the Keno website. Users from Queensland are excluded from this app.

We found it a little strange that given the high level of competition in the lucrative Australian market that more providers didn’t take greater care with their lottery apps. Australians are passionate gamblers and lottery is their game of choice, so there is a lot of money to be made for those that can develop user friendly app solutions that make it easy for users to play.