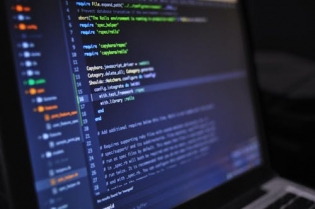 According to a research by Research & Markets, the cloud computing market is expected to grow up-to USD 832.1 billion by 2025 with an annual growth rate of 17.5%. It has literally transformed the functioning of businesses. Such a prolific growth in the adoption of cloud technology has gained a lot of traction among the QA professionals as well. Businesses are starting to adopt agile workflows by shifting their automation testing to cloud platforms. It's obvious that there are several benefits in adopting cloud technologies by business professionals. It has the ability to provide better and optimal solutions to various challenges that comes along with automation testing and allows the businesses to sustain high growth rate and provides them with the ability to deliver high quality products as a result of improved software development life cycles.

The domain of software testing has been heavily reliant on Automated Testing and with the increased adoption of cloud technologies by the businesses, there’s not even a hint of doubt that the automation testing, if not already, is going to be shifted on cloud platforms as well. With the increased adoption of agile workflows by businesses and enterprises, there is a constant need of a stable, reliable, cost effective and time efficient solution for software testing.

Cloud based automated testing have gained a lot of traction among the QA professionals because of their ability to provide and revolutionize the way businesses deliver top notch quality products within record time frames. This is backed by some solid benefits pertaining to the adoption of cloud based automation testing some of which are mentioned below.

All the management tools such as version management, test-case and test requirements management, execution environment management, etc. are centralized to create a single point of solution. Quick installation and easy to access tools with deployment guides makes the entire testing life cycle shorter and thus, the application or the product reaches the market faster. Everything is provided in an on cloud lab and thus, there is no extra infrastructure cost and IT management becomes easier resulting in enhanced team productivity. Some of the tools also allow parallel execution of Test Cases thus making automation testing much faster. Some of the top cloud based automated testing tool providers like LambdaTest have taken an important step with exclusive setups for cross browser selenium based parallel testing for almost 2000+ desktop and mobile infrastructures.

With the right authorization, these testing tools can provide shared access to resources thus reducing capital costs. Test cases generally require multiple browser versions, device viewports, different operating systems and different environments. Cloud based automation testing tools such as LambdaTest gives developers versatility and allows them to perform testing on all these devices and environments in parallel thus saving a lot of testing time. The scope of automation testing has further broadened with on the spot access to virtual resources making cloud testing services an asset to agile methodologies.

Testers working for the organization across the globes now have the ease of accessing the test tools and reports from anywhere. This reduces the pain of uploading and downloading test reports and drafting long paragraphs to explain those reports. Also, every time a new member joins the team, it does not require new installations of tools and test suites as now he will have access to all of them within a matter of a few seconds. This allows higher throughput for the team leading to faster development process thus allowing the applications to reach the stakeholders at a faster pace.

In today's world where the demand of complex applications is on an ever-increasing demand, the time taken to create a plan and convert them into products should be less given the competition faced from the competitors. Thus, it requires precise and well defined strategy to figure out the entire development cycle. With the introduction to Cloud based Automation Testing, the time-to-market has decreased significantly, all thanks to the improved application development strategies being adopted by the teams due to hefty tasks of testing being completed automatically. Cloud based testing provides easier ways of building the testing infrastructure, real-time test reports, reusability of test development profiles and enhanced team collaboration which improves the overall application development process.

It’s very important to shift all your testing activities to Cloud based Automation tools now more than ever. With the increased competition that businesses face and the increased pressure to build top notch and highly complex applications in reduced time frames, it’s very important to save time and effort wherever you can by automating your tasks as much as possible. It becomes very necessary to boost your test automation coverage, allow scalability and portability and at the same time continuing to align your interests with the business roadmaps. Cloud based tools surely improve team collaboration and reduce the infrastructure needed to build, test and deploy your applications.

With the advent of numerous testing tools whether cloud based or the traditional ones, it becomes very difficult to find the right tool that aligns with your requirements. However, there are very few tools in the market that provide you with one stop solution to all your testing problems. One such tool is LambdaTest which provides you with free, open source, cloud based, cross browser testing capabilities. It allows you to perform selenium automation testing on a scalable, secured and reliable cloud based online grid with infrastructure expanding to almost 2000+ desktop and mobile browser environments. It also allows you to perform parallel testing thus shortening your test cycles by multi folds, ensuring faster go-to-market launch.

The need for performing creative advancements and creating quality softwares with faster time to market allows cloud based automated testing to play an important role in the entire software product development and testing life cycle. Thus, it becomes very important for businesses, enterprises and other organizations to adopt cloud paradigms now, so that they can reap their benefits in future.