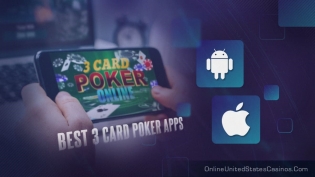 3 Card Poker is a super-underrated casino game that few casuals dare to play. Invented in 1994 by UK native Derrek Webb, it is the most profitable proprietary table game ever. Shuffle Master sells it to US gambling venues, and it claims that there are over 2,000 table installations in countless casino properties worldwide.

It is a fast-paced and straightforward player vs. dealer game, where on average, you can play up to 70 hands per hour. The three-card poker rules are relatively simple. You make an ante bet, which signals that you wish to receive a three-card hand. After you do, you can make a play wager, telling the dealer that you want to have a face-off. For this to be possible, the dealer has to have a queen or higher in his hand. If he doesn’t, you win your ante, and your play wager gets returned. If the dealer has a queen or higher, the person with the better cards wins the round. When it comes to three-card poker hands, the ranking system implemented here is similar to regular poker.

If this wasn’t an adequate explanation on how this game works, you can download one of the apps listed below and learn 3 Card Poker through their gameplay. If you want to try 3 Card Poker for real money, then you can register at one of many gambling sites that offer it. Note that you are far more likely to find it in its RNG form than in the live-dealer format.

Megawins Casinos is an app developer that has cornered the market when it comes to casino-poker variants. They are responsible for seven such mobile products, including Mississippi Stud, Caribbean Stud, Pai Gow Poker, Crazy 4 Poker, and Let It Ride Poker. Their 3 Card title stands out because it features a super-friendly user interface and 3 Card Poker payouts identical to what you will find at most land-based casinos. For instance, in this game, a straight flush on a pair plus wager pays 40 to 1, and on the ante one, it provides a prize that is 5 to 1. That is the most common pay structure out there. So, this app can be a decent learning ground for mastering this game. There are more than twenty tables in this release. The first two tables are instantly available, but you will need to move up tiers to unlock the high stakes ones. You get a bonus as soon as you create an account and a daily one every two hours. There are over forty achievements to unlock, and you can remove all ads with an in-app purchase of $1.99.

Triple Card is a relatively new release, hitting both the Apple Store and Google Play in June of 2020. It is only one of three games that developer Jackpot Mobile has put out and is their least popular one. Video Poker Multi is their real money-maker. However, due to the lack of 3 Card Poker apps, it is number two on our list. Do not take this as a sign that there is something wrong with this app. There is not. It incorporates authentic pay-tables, a shuffling algorithm that mixes up the cards the same way a live dealer would, and free chips every two hours.

If you are a newbie and haven’t figured out all the nuances of this casino-poker variant, Jackpot Mobile goes the extra mile and includes an in-depth tutorial that will teach you everything you need to know. Some users complain that this app features unrealistic gameplay since you often win the pair plus side-bet. We mentioned the pair plus wager briefly above. It is one where you are betting that your hand will have a pair or better. However, Jackpot Mobile assures that the three-card poker odds featured in this game are realistic, given that this product utilizes a state-of-the-art random number generator. Despite such complaints, Triple Card Poker has a 4.3 rating on Google Play and a 4.6 one on the Apple Store.

We are straying from our path, as Svara is not a 3 Card Poker app. It is a 3 Card Poker-inspired game that uses a 32-card deck. You do not play it against a dealer but other players at your virtual table. It is a multiplayer game that requires two to nine players to sit at a table. Its gameplay is in large part based on Texas Hold’em. It is the only release from developer Fish & Chips that has yet to accumulate a sizeable fan base, particularly when it comes to iOS users.

Svara incorporates a lot of 3 Card Poker elements, enough to feature it in its name. If you know the 3 Card basics, this product will teach you the extra details via its gameplay. If you invite a friend to download the app, you will get free chips on top of your daily ones. Visually, Svara is a decent-looking game. You get to set your avatar, and the gameplay flows smoothly. You can communicate with the other players at your table via a chat option, and you can participate in tournaments. There are even leaderboard standings.

Many casual gamblers are not aware that the 18-century British card game called brag is a poker ancestor. It is the longest-standing UK representative of the poker family of games. It also served as inspiration for 3 Card Poker. However, there are a few crucial differences between the two. For example, the hand rankings are not the same. In brag, the highest hand is a prial, which is three-of-a-kind in regular poker. So, while not the same, this product is close enough to 3 Card Poker to make our list.

The graphics in Three Card Brag are rudimentary, a bit reminiscent of video poker machines. If you can get past that, then the gameplay is quite decent. The outcomes do appear to be random-enough to feel authentic. That said, there are tons of adverts in Three Card Brag, and they can get aggressive at times, which gets annoying. Besides Wild Jacks, it is the only card game that developer Red Game has ever released. They seem to focus more on puzzle games such as Hex Merge and Math Cross. You will not find Three Card Brag on the Apple Store, but it may make its way on there soon, as Red Game already has many products up there. 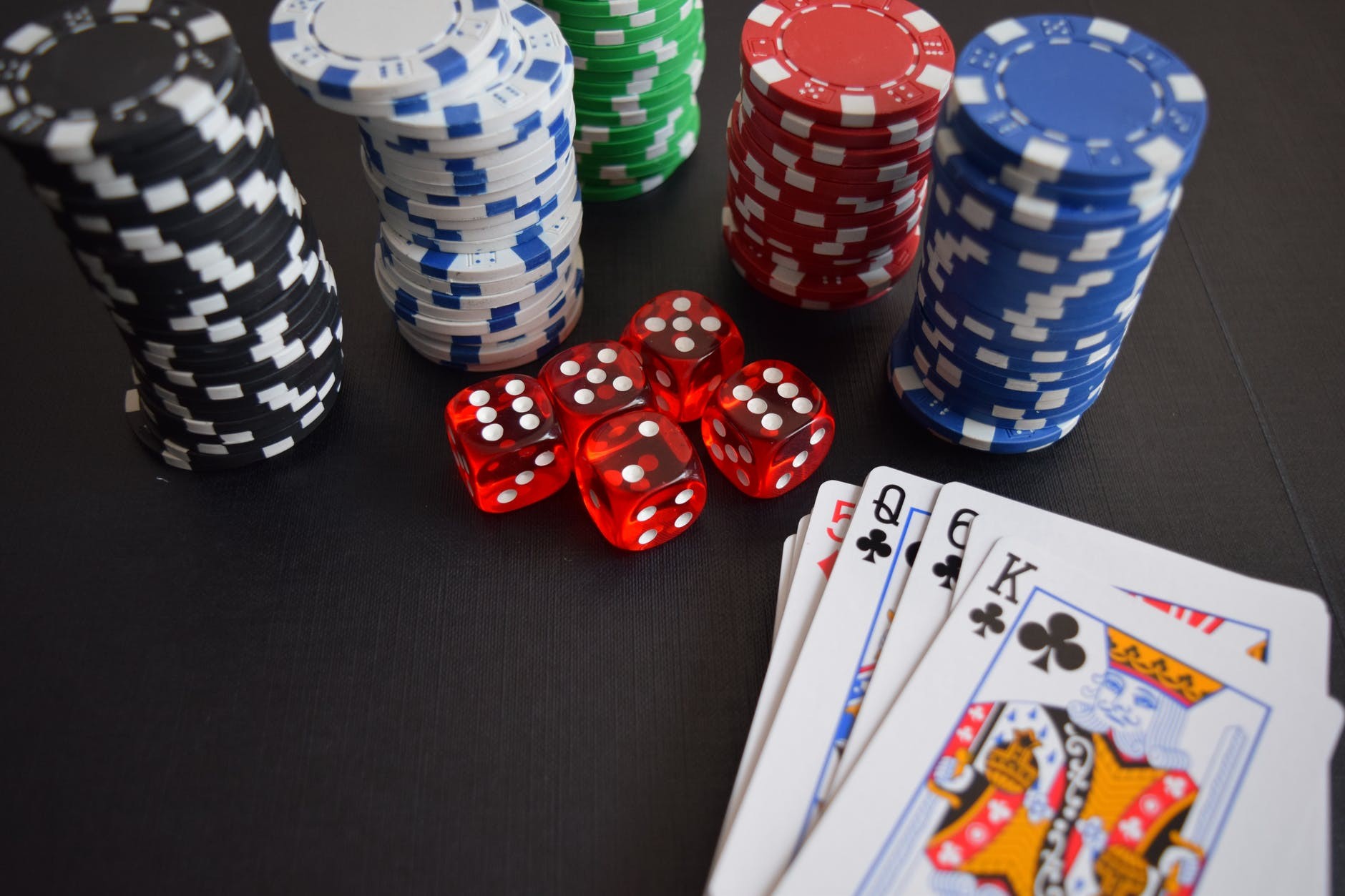 Why download an app that only features one card game, one you can have one that provides many? If you are into casino-poker variants, you may also enjoy Let It Ride, Red Dog Poker, Asian Stud, and 4 Card Poker. Diversity never harmed anyone. This Siba Style Studios app also features a slice of blackjack options with side bets. If you do prefer to stick to 3 Card Poker, the version here incorporates the 6-Card Bonus. Its payouts get determined based on the five-card hand you will receive when making this side-bet. A royal flush pays 1,000 to 1, while a straight one provides a win of 200 to 1.

Siba Style Studios is not a very established developer, and this is only their third release. In terms of graphics, the game looks a bit flat and poorly designed. The perspective is off, and the lack of shadows creates a very 2D feel. Most of the button design is also outdated. That said, it provides free coins every day, and things move at a decent pace.

Players have complained that this app features many bugs, but Siba Style Studios is continuously releasing updates trying to iron out all these kinks. They recently added leaderboards and achievements. You can find Casino Card Games at both iOS and Android digital stores.

3 Card Poker is a terrific player vs. dealer table game. If you like blackjack or baccarat, you are sure to love it. The only strategy you can apply on it is to play any hand that consists of cards that beat a queen-6-4 combo. Some players even choose to make the pair plus wager only. Whatever system you implement is up to you. As far as what app to enjoy this dynamic casino game on, most would say that the Megawin Casinos product is the best one out there. However, the choice is totally up to you. Any one of the listed apps should do the trick if you are looking to have fun or are getting ready to go up against live dealers and test your luck on some real money action.

Shelly Schiff is a content writer employed by OnlineUnitedStatesCasinos.com. It is the internet’s top interactive gaming information hub. Shelly has actively been involved in the online gambling industry since 2009 and has also written for countless other top iGaming websites. Though She considers herself a slot maven, she also has a wealth of knowledge to share regarding popular table games. In her free time, she enjoys listening to old rock music and spending time with her dog, Garry.