How to Market Your Business on a National Level 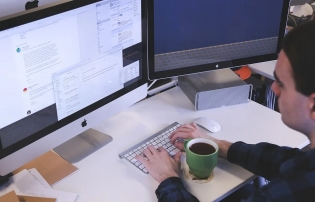 Every business starts out in a local setting but that doesn’t mean that it should stay there eventually. The path to market dominance is always filled with trials and tribulations and one of the earliest challenges you can face as a businessman is trying to reach out to more people with limited means.

Many corporate CEOs will tell you that reaching out to people on a global scale is far easier than reaching out to a local setting if you are starting up. What many people don’t know about business is that it’s all about momentum. The bigger you are, the easier it is to get more leads and customers.

If you’ve started to reach out to more people within the proximity of your business, then it’s time to think bigger. No, we aren’t talking about engaging with the people in the next city. We are talking about turning your scope into something more national - ergo more professional.

Exactly how can you market your business on a national scale? Here are a few effective tips on how you effectively do it.

Businesses that don’t take part in social media are missing out on a ton of opportunities. One of the most important pieces of statistics that you’ll learn today is that there are over 3.6 billion people on social media as of 2020.  Obviously, you shouldn’t aim on engaging with all of them.

However, becoming linked with a sizable portion using a business profile or page goes a long way.

It’s important that you start your social media journey with your business as soon as possible. In fact, you can begin even if you are just starting up. The followers and likes on your Facebook, Instagram and Twitter page are going to help you a great deal when it comes to generating the right engagement for your page.

Since creating an account on social media platforms is free, you can begin social media marketing without having to spend a dime. A lot of startups use social media to begin increasing the amount of followers they have.

The best part about engaging in social media practices is that you can target your audience directly. For instance, if you are running a burger joint that’s slowly expanding, you can join groups about food or more specifically, burger lovers, and post your content there.

Be creative when it comes to social media marketing. Keep in mind that like you, there are countless other businesses on these platforms. If you are hoping to market your business on a national level, then you should do your best to stay creative and unique with regards to your content.

Don’t just post informative and entertaining content, your primary focus is to create content that forces people to engage with you. Social media pages thrive on engagement and these include likes, comments, shares, and any direct interaction with your post.

One of the most engaging social media marketing practices is user-generated content. This is usually executed by holding contests that let your audience participate in activities that can help promote your business at the same time. Giving them your products or even vouchers for your products are also great at generating the leads you need.

If your business has just started to grow, then it’s understandable that you have a fairly limited amount of followers. That also means you have lesser authority over the market. For more people to see you in a better light, it’s suggested to launch a press release and have other established media outlets do the marketing for you.

A lot of people tend to confuse a press release with a new release but the two concepts are very different. You might ask yourself What is a press release? To put it simply, it is a news brief that details the latest happenings surrounding a company or an entity. It’s essentially used to tell others about what to expect with regards to an upcoming event, a new product, partnership, and more.

What makes it different from a news release is that press releases are written for media outlets. It’s not you who publishes these. Instead, you submit it to media outlets in hopes of them publishing the story on their end.

It’s an effective means to market a business nationally because you’re able to tap into the audience of the media outlet. Let’s say your press release is published by big names like Forbes, CNN, or Medium. That means being able to reach out to their millions of subscribers and followers as well.

However, take note that media outlets are in no way obliged to publish your press release even if you send it to them. As such, it is imperative that the press release is made as properly as possible. Here are a few tips worth noting:

Although effective, making a press release is tough work. However, with enough practice, you’ll be able to significantly increase your chances of having your press release published in the biggest names in the media industry.

It’s also worth noting that being able to submit press releases also increases the number of contacts you have within the media industry. These connections are very important especially if you are looking to significantly boost your marketing strategies on a larger scale.

Expos, conventions, and other  business gatherings are a great opportunity to build connections and to market your business nationally. It might seem tiring and expensive to travel to a new state to join such events but trust us, it’s going to be worth the hassle.

Events like these are attended by hundreds if not thousands of people. Aside from potential customers, you’ll also come across business-minded people who could be willing to help you market your business. Better yet, they could offer you partnership opportunities to help your business expand.

Participating in expos usually means having to spend money on getting a slot at the event. If you have the opportunity to join, make sure to pick a place near the entrance so people can immediately see you after entering the event venue.

To truly stand out, make sure that your booth has all the visual materials to make yours truly unique. Invest in good marketing materials such as pamphlets, posters, and even video business cards. Remember, these events are attended by others too so expect tough competition.

Business expos are held in various places so be sure to keep an eye out for these. Some expos are focused on small businesses and startups, some on medium-sized businesses, and some for big businesses. Just make sure you’re joining the right ones and you’ll be good to go.

One good way to market your business is by becoming a sponsor for big events. It could be a charity drive, a concert - basically any event that generates a lot of media attention. The path to making your business a success is simple. However, the path also entails a lot of extra expenses that you’ll need to make to ensure the betterment of your business. 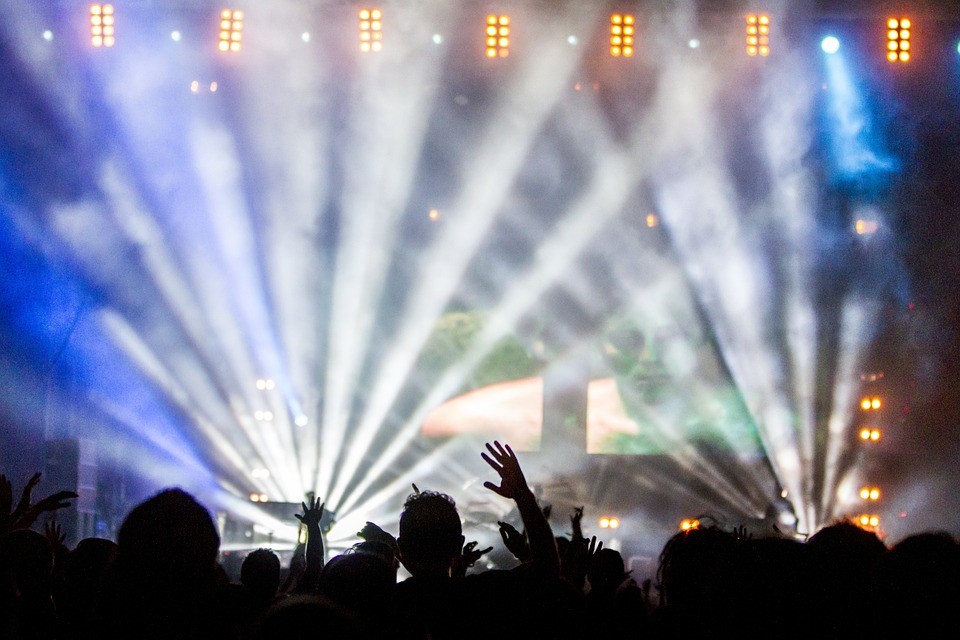 Sponsoring an event means you won’t be asking for any payment in return. A good example of this is if you’re going to sponsor a concert and you own a t-shirt business, you can shoulder all of the clothes needed by the event’s staff. You can also create giveaways that are awarded to attendants of the event.

It may seem like a huge investment but it’s worth it. The main purpose of sponsoring the event is to let people see what kind of products or services you are capable of offering. It’s often hard to encourage people to try out your products especially if there are already other businesses they can get the same products from.

Event sponsorships allow customers to experience what you offer without having to spend anything on their end. If you can promise to deliver quality products or services at the event, you can expect more people to see your business in a better light.

Another upside to sponsoring an event is that your business’ logo is going to be plastered on promotional materials for the event too. This is free marketing on your end. And if the event happens on a national scale, then more people will be able to recognize your business easily.

Have Influencers At Your Side

Having a celebrity endorse your business is a BIG thing but let’s face it, only major corporations have the capacity and resources to ask Hollywood celebrities for product endorsements. If you’re close to one, then lucky you as you can ask for a favor instead of having to pay. 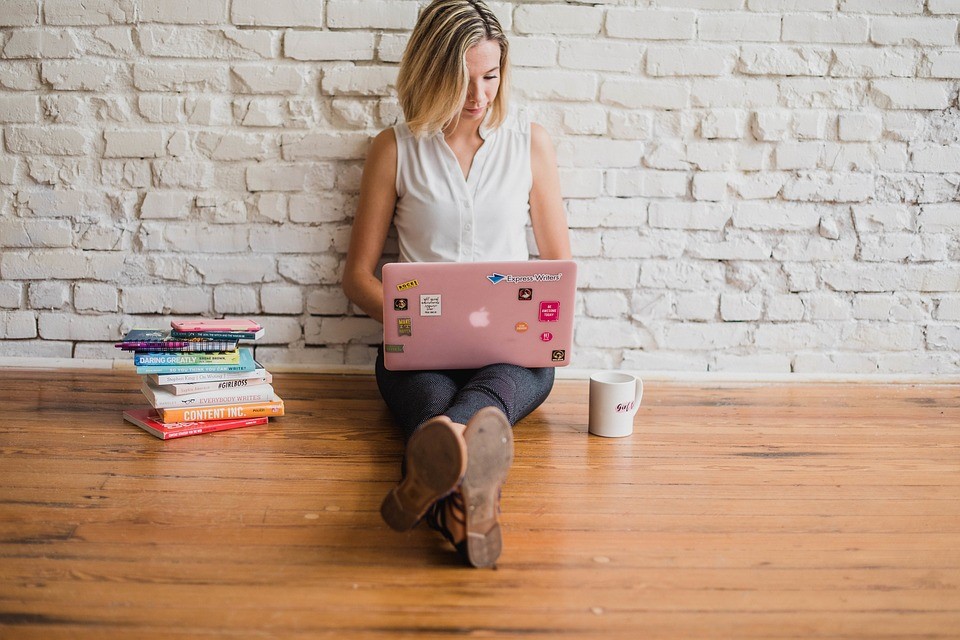 Leave celebrity endorsements alone for now. What you should do instead is to have influencers endorse your products for you. They may not be as big as Hollywood superstars but there’s a reason why these internet celebrities are called influencers. They “influence”  others!

What makes influencers different is that they usually engage more with their followers as compared to what Hollywood celebrities do. This means fans often see them not just as a person to idolize, but also as a person that can greatly influence their buying decisions.

It also helps that you can reach out to influencers from a specific niche. You’re running a clothing line? Look for a fashion vlogger. Running a restaurant? Look for a food vlogger. You’re tapping into their fan-base that’s already looking for products in your industry.

Just make sure to avoid influencers with a bad reputation as they can hamper your progress.

Don’t ever underestimate the power of influencers as they usually have a global audience as their following. If you’re looking to market your products nationally, then this is a great alternative to celebrity endorsements which are understandably hard to come by.

The biggest challenge is not reaching out to more people. It’s actually having the resources to do so that’s tough. As you can see through, you don’t always need to spend a lot to market nationally. There are many ways to curb the costs of large-scale marketing plans.

It’s daunting to think about marketing your business nationally but it’s something you’ll have to master eventually on your path to success. With these tried and tested tips, your national marketing strategies are going to be more streamlined and effective.