System Upgrades to Look out for in Apple Wristwatches 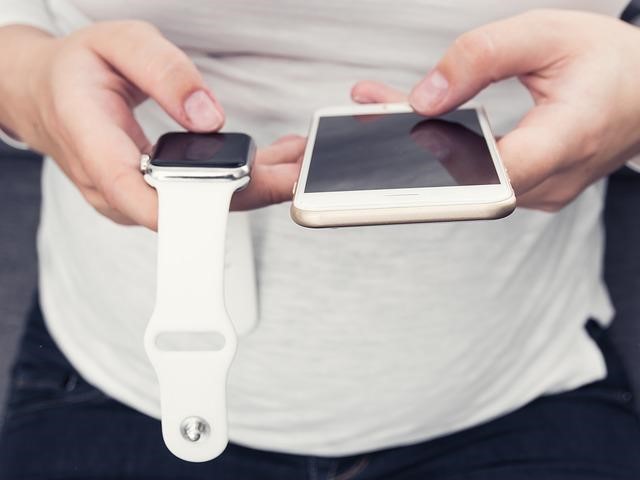 The next installment in the Apple Watch series (Apple Watch 7) might be a few months away from its release date, but thanks to rumors in the tech space we believe the Watch 7 could come along with some interesting upgrades.

Since the release of the first watch in 2015, Apple Inc. has released at least a watch in a year and with each wristwatch, we've seen some sort of upgrade and improvement.

Smartwatches, in addition to health, fitness, and vital monitoring features, can now also function as a full-fledged gaming device, allowing anything from simple social games to advanced betting, essentially replacing traditional mobile casinos.So it begs the question, what should we expect from the next generation of smart watches?

While there's no official release date for the upcoming Apple Wristwatch, recent reports suggest the middle of September 2021 is the proposed release period for the launch of the Watch 7. It is expected that the big tech company might have a virtual conference for the release of major hardware this year if the proposed live, in-person conferences for each product can’t take place due to Covid-19 restrictions.

The average starting price for each Apple Watch is usually $399 and varies, depending on size and cellular support. Expect the Apple Watch 7 to fall within the same price range, though there are rumors that the cellular option might cost $50 more unlike the usual $100.

Recent reports in the media suggest that the upcoming Apple Watch 7 will be fitted with the blood glucose monitoring feature. This feature is the most likely candidate for Apple’s informal annual upgrade to the health capabilities of the Watch series.

The topic of mental health is currently a very talked-about issue and rightfully so. There’s a recent improvement in discussions towards encouraging people to speak up about it whilst trying to reduce its causes. After Fitbit Sense unveiled a flurry of stress management tools to help reduce mental health problems— a host of tech experts expected Apple to include such features in 2020’s Apple Watch Series 6 but no such capability was included.

However, the saying “better late than never” might just apply to the company, as rumors suggest the upcoming Apple Watch 7 is loaded with features to warn users about panic attacks and heightened stress.

In 2018, reports in the United States mainstream media suggested Apple had requested a company build microLED displays for their wristwatches to replace their OLED displays but after the Apple Watch Series 6 was released with the usual OLED displays, a host of people expect it to be announced with the Watch 7.

MicroLED displays offer better brightness, slimmer in size, and are more efficient than OLED displays. They also don’t suffer from the luminance decay problems the OLED displays are currently being plagued with, whilst offering near-perfect off-angle viewing.

The Apple WatchOS 7.4 was released in late April 2021 with better improvements to previous versions. This new update allows users to unlock their iPhone X and above with their Apple Watch while wearing a mask. It also allows the Apple Watch to stream audio and video content from the Apple Fitness+ workout via AirPlay.

A beta version of the 7.5 WatchOS is currently available for testing whilst development continues on it and reports suggest that the upcoming WatchOS will improve communication with other Apple devices and provide further improvement for the Electrocardiogram (ECG) app for Apple Watch Series 4 and above.

The Apple Watch 7 or future releases are rumored to have enhanced communications due to the presence of a better antenna array. According to reports, the antenna array which is expected to be included throughout multiple parts of the wristwatch including casing and display will serve as an antenna for the Wi-Fi, Bluetooth, GPS, and cellular frequencies without the need to install bulky antenna structures. The current antenna system of the Apple Watch is one of the best out there amongst all smartwatches but the willingness to make improvements has always given Apple the advantage in the battle of the Watch series.

Meanwhile, experts also insist the potential antenna array upgrade in the Watch 7 or future generations could replace the need of carrying the iPhone along with the Apple Watch, allowing the watch the opportunity to serve as a replacement for the iPhone.

On a final note, the presence of great competition from the FitBit series and the Samsung Galaxy Watch series is expected to make Apple up the Ante and improve on their development, as the aforementioned companies have proven to be worthy alternatives so far in terms of price and performance.