Understanding What LDAP is and Why It Is Useful

There are all kinds of technology and protocols you can use that can help your business if you maintain at least some degree of online presence. In this article, we’ll talk about LDAP, one of the more popular ones these days. We’ll go over what it is, why it matters, and whether your business is likely to need it.

What Precisely is LDAP?

If you want to know what LDAP is, we’ll start by saying that it stands for Lightweight Directory Access Protocol. It is one of the core protocols that IT people developed for directory services. Directory services involve the process of managing users and access rights regarding IT resources.

Most directory services still use LDAP at the moment, so it’s not as though this process has become obsolete, as some others have as time has passed. There are additional protocols that some companies use, though. These include Oauth, SMB, RADIUS, SAML, and Kerberos.

If you use LDAP, it means that you are specifying a directory storage method. You are also facilitating the user to utilize apps, networking equipment, servers, and files. Since this list includes everything important involving your company, you need to get LDAP right, or else you’re locking out those who need to access vital company-related information. 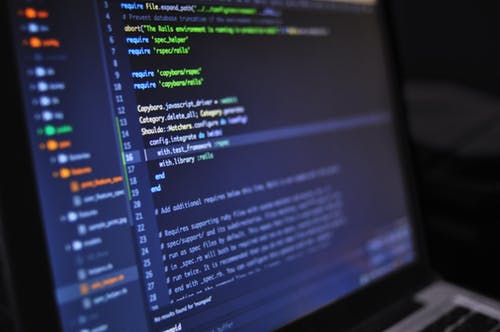 When Did LDAP First Appear?

LDAP has been around since 1993. When you consider how quickly technology evolves these days, that seems like a lifetime ago. Certainly, there are many IT protocols that have come along since then which are no longer in use.

It was Tim Howes and his University of Michigan colleagues who first spearheaded this initiative. They found that LDAP made the most sense if they wanted to allow each other to share files and other data.

LDAP seemed to be the way to go because it was easier than the X.500 interface they used previously.

That system had a very large bandwidth and footprint. Many of the early computerized systems people were using at that point couldn’t even connect to it.

You could say that LDAP allowed for access uniformity or universality for the first time. In that respect, it was pretty revolutionary for the time.

Why Did LDAP Work So Well?

The LDAP style of protocol worked so well, even back in 1993, because it allowed authentication and authorization like never before. When a user utilized it, they could access all the apps, servers, and files that they wanted while reducing endpoint demand, bandwidth requirements, and overhead.

LDAP was able to become the de facto system that so many private companies and academic networks used. It was common in university settings and the gradually developing software systems that businesses were beginning to implement around this time.

In 1998, a man named Kurt Zeilenga came out with what he called the OpenLDAP Project. Essentially, it was the same LDAP concept, but it was open source. This meant that anyone who wanted to use and tinker with it out in the world could do so.

By making this revolutionary setup open-source, different versions of it started circling in business and academic settings. The most popular ones gained notoriety while still going under the general OpenLDAP banner.

In the late 90s, a version called LDAPv3.3 came out. That version is what most companies still use today, more than twenty years later. Again, when you look at how the technology has moved forward, it is remarkable that a system that’s now more than twenty years old continues to remain as widely used and appreciated as this one does.

What Comes with the LDAP System?

At this point, you might wonder what you can expect if your business starts using the LDAP system. There are three basic components to it.

This third concept essentially means you’re changing the directory as you see fit. This is where you can stop a server from completing an operation if you need to make some fundamental changes.

Do You Need This System for Your Computer Network?

As we mentioned earlier, it’s the rare company these days that does not have some degree of online presence. Virtually every business has a software suite that its employees use, either a bespoke one or one they purchase or rent utilizing a software as a service (SaaS) model.

Once you have that software suite in place and you have workers who are logging in and out of it, you need an IT staff or sometimes just one individual to run it for you. They will need to do things like update the system and make changes to it from time to time.

That’s why you’re probably going to want to use the LDAP system. It is universally accepted as being the best option for making these changes and updates.

If you try to use something else, a new IT person is going to have to learn your proprietary system when they come on board with your company. There is no point in making them do that. It’s far easier to have the LDAP setup in place because even a fledgling IT person will know how to use it.

It’s always possible that something other than LDAP will appear in the future to replace it. That is how technology works: something else almost always comes along.

In the meantime, though, it’s helpful to know the LDAP basics and what it does, even if you don’t do anything IT-related yourself. Once you’re using it for your business, your workers can probably access all the crucial data they need relatively easily. LDAP universality also makes it easy to change anything about the system that you need to alter.