CPU and GPU Undervolting: What It Is and Why You Should Do It

If you have currently acquired a new CPU or GPU, you’ll often notice that it’s consuming too much power and there are increased temperature limits. That’s all because of the unnecessary high voltages that most manufacturers install in every new CPU or GPU. That will be the main reason why undervolting exists.

What is CPU and GPU Undervolting?

Undervolting is a process that enables you to adjust and lower down the operating voltages that currently exist. This process allows you to prevent your device’s battery health to deteriorate. Aside from that, it helps achieve better voltage regulation and obtain its best temperature that will prolong the life of your device and block it from hardware issues.

Yes. And as a matter of fact, you can do it on your own. Undervolting your device in an early phase would be much better since you are saving your device from being damaged before it starts to deteriorate on its own. There are simple ways on how to safely undervolt your CPU and GPU, you’ll just have to check out reliable sources on how to execute the proper process. 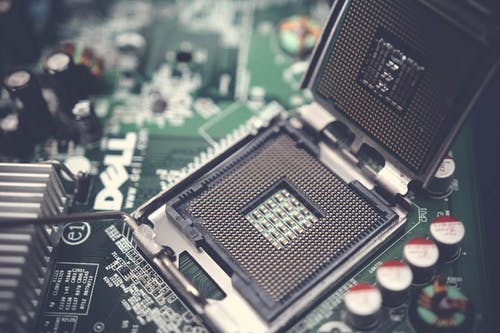 To further discuss the benefits you’ll be able to acquire if you perform undervolting, here are some specific and detailed advantages.

One of the main purposes of undervolting is to extend the shelf life of its component system that results in longer usage at its peak performance. Undervolting will allow your device to maintain a stable and smooth run from your system that sustains hardware performance.

Another factor that has a great impact is that undervolting enables your device to consume less power. Undervolting eliminates the excessive use of unnecessary energy consumption that causes your bill to increase massively. By undervolting, you’ll not only save money from decreasing power usage, but you’re also saving your device’s battery health.

3 Enables the system to run cooler.

Devices with high voltages tend to release excessive heat or increased temperature. By undervolting, these high temperatures will slowly be eliminated until your device and system will adapt to a cooler and normal temperature while functioning or operating. Through this, you’ll be able to use your device comfortably without having issues with overheating. This will protect its battery health as well.

4 Does not affect the performance.

Although you have done adjustments through undervolting, it won’t definitely affect the overall performance of your device. Instead, it will smoothen out the system and prevent thermal throttling which is an advantage for your device.

Overall, undervolting is definitely a must for users that aim to achieve smoother device usage. As mentioned above, you can get multiple advantages from undervolting. It’s definitely a big help if you want to prolong the life span of your device’s system and battery health. So, if you’re planning to undervolt your CPU or GPU, do it as early as possible so you won’t have to encounter overheating issues in the long run.