Everything that is known about the new iPhone 14 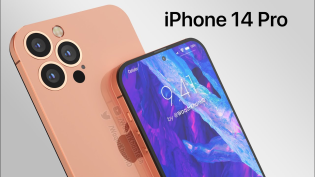 Everything that is known about the new iPhone 14

The VPN helps users to hide their online identities. This gives you the privacy you need while going about your business; if you are wondering how to hide IP address on your iPhone, it's straightforward. Select Settings from the menu on your iPhone. After you've scrolled down, tap Safari. In the "Privacy and Security" area of the window, select Hide IP address. It's recommended to ignore the trackers and website tabs or select only the ones you want.

When will iPhone 14 be released?

There hasn't been a word about the iPhone 14's announcement because there wouldn't be. On the other hand, Apple is a creature of habit, and it will almost certainly launch in the middle of September. Except for the iPhone 12, Apple has announced every year between September 7 and September 12 since the iPhone 5 in 2013.

It's unclear whether Apple will preserve the same pricing structure as the current iPhone lineup or if the usual iPhone size will be pushed down a tier to accommodate the rumored iPhone 14 Max. In any case, Apple's iPhone is expected to start at roughly $699, with costs rising to the mid $1,000s depending on the configuration.

While Apple is unlikely to depart from the basic iPhone 12 design, the most significant iPhone 14 rumor comes from Ming-Chi Kuo, who stated in a research note (published by MacRumors) that Apple may eventually remove the notch with the iPhone 14.

This concept has gained more traction, with Display Supply Chain Consultants Ross Young demonstrating a "hole + pill" solution for the front-facing camera. Ross does specify that this will only apply to the Pro models.

We now believe Apple's iPhone 14 Pro and Pro Max versions will include a hole + pill design.

The fundamental problem is keeping Face ID secure while reducing the form factor. A Bloomberg report differs significantly on this aspect, suggesting that Apple will only decrease the notch on the iPhone 14 rather than completely deleting it.

With the iPhone 14, Apple is likely to make a few quality-of-life improvements. The A15 chip released with the iPhone 13 and iPad Mini is expected to be replaced with a new A16 chip, though it's unclear which aspect of the iPhone performance Apple will emphasize with this chip.

According to Kuo, Apple will release all four devices with 6GB of RAM. This contradicts previous reports that the iPhone Pro would come with 8GB of RAM. If such claims were correct, the iPhone would be on par with Android competitors like the Pixel 6 and Samsung Galaxy S22. When it comes to RAM, Apple had frequently lagged behind rivals, opting instead to rely on iOS's efficiency to manage programs successfully. 9to5Mac's reporting has backed up Kuo's predictions, making it possible.

Apple may instead introduce the iPhone 14 Max, a 6.7-inch variant of the standard iPhone 14. Equip both with the iPhone Pro-exclusive 120Hz ProMotion layout. This will be the same dimensions as the iPhone 13 Pro Max model, but with a bigger display and battery, making it ideal for individuals who want a large-screen iPhone experience without paying the higher price for the Pro model's better camera.

That's all we know about the iPhone 14 so far, based on reliable sources with experience with Apple products. While it's far from comprehensive, some quite exciting upgrades are included. Apart from that, there's still a mystery around the iPhone 14, but we'll keep you updated as more leaks, rumors, and other information emerge.